We all know that London is home to some of the world’s best museums, leaving both visitors and Londoners spoilt for choice (and overwhelmed!) when it comes to seeing iconic works of art or learning new things. But as well as some of the bigger, renowned institutions, London has plenty of smaller and lesser-known yet fascinating museums and galleries that are well worth a visit. From taxidermy to fans, toys, psychoanalysis and neon, here are 15 hidden (and not so hidden) gems that you won’t regret discovering:

Quietly tucked away in the middle of Holborn, central London, Sir John Soane’s Museum is a true wonder for the eyes. This former home belonged to British neo-classical architect Sir John Soane, who was also an avid art collector. At Soane’s request, the house has barely changed since his passing in 1837, making it a very unique museum. 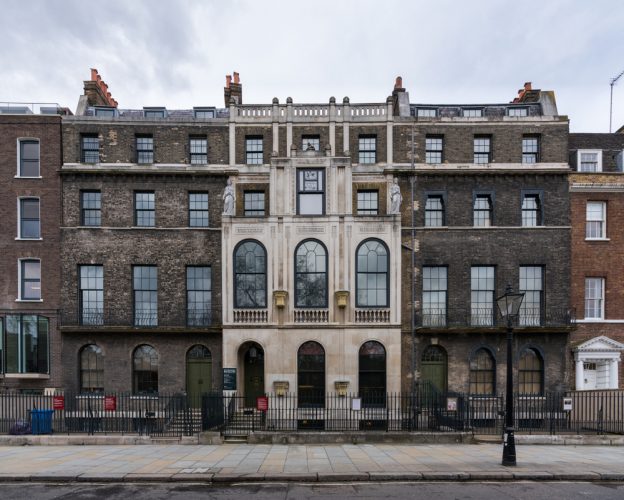 For starters, visitors have to be fairly careful when exploring this place, as a large portion of the rooms and hallways are crammed – in the best possible way – with sculptures and artworks from Soane’s vast collection of artifacts. This allows viewers to get up close and personal with the art in a way that feels almost interactive. As well as these memorable rooms, there’s also a fab collection of paintings by venerated British artist William Hogarth on show – what’s not to love about this weird and wonderful setting?

It’s hard to categorise this cult hotspot in Walthamstow, North East London – but categories aside, God’s Own Junkyard is an absolute-must see for those who love neon, retro vibes, bright lights and a quirky photo opportunity. Created by neon artist and lifelong Londoner Chris Bracey, who made a living out of producing stunning neon props for London businesses and Hollywood films and eventually became an artist in his own right, this self-described ‘neon heaven’ is unlike anything you’ll have seen before. Prepare to be surrounded by thousands of weird and wonderful neon signs and artworks – some of these have indeed been featured in films, while others are pieces that didn’t quite make the cut.

Entry is free and there is also a café within this unique place where customers can have some tea and cake – a great way to support this independently run-business that aims to keep the memory and work of Bracey (who sadly passed away in 2014) alive and well.

Conveniently located away from the hustle and bustle of the big city, you’ll find the stunning and aptly named architectural site that is Strawberry Hill House in the picturesque area of Strawberry Hill, West London. This beautiful little castle was erected in the eighteenth century under the vision of art historian Horace Walpole, who wished for a home that would reflect his whimsical and eccentric tastes. The result? A Gothic Revival building full of striking rooms with elements that add a dramatic flair.

The castle, which underwent a huge restoration a few years ago, holds specialised exhibitions from time to time – it is however worth seeing any time of the year, as each room is a work of art in itself and tells a story. Don’t forget to have a wander in the peaceful surrounding gardens and have your picture taken with the beautiful shell bench, an exact replica of a bench that Walpole had in the very same garden back in the eighteenth century. 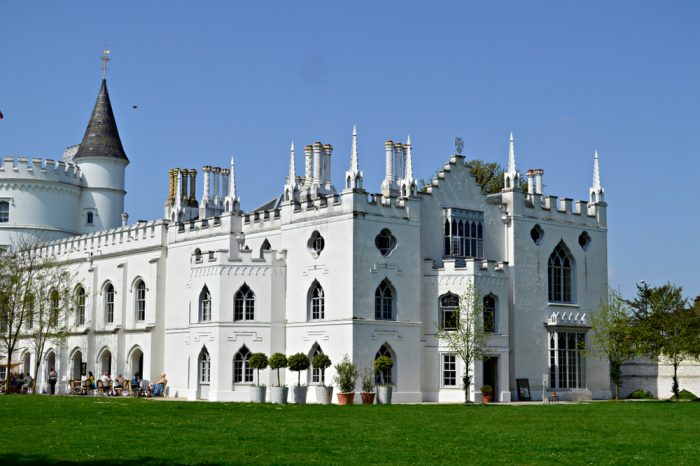 In the buzzing area of Fitzrovia, central London, you’ll spot a very colourful store front that is actually Pollock’s Toy Museum. Made famous in part by Instagrammers (who love capturing its cheerful façade), this quirky little place is a combined toy shop and museum that features mainly Victorian toys. It is an independent, family-run business that proudly welcomes people of all ages and promises to take visitors on a playful, whimsical and fascinating journey.

William Morris was a successful textile designer and social activist in nineteenth-century London. To this day, Morris’s highly distinctive nature-themed and floral creations continue to inspire interior designers, fashionistas and artists alike. So it’s no surprise that his former childhood home in Walthamstow – a Georgian house where Morris lived with his mother and eight siblings from the age of 14 to 22 – makes for an inspiring visit. Turned into the William Morris Gallery, this charming place holds the world’s largest collection of Morris’s work and effectively offers a deeper vision into his inspirations, family life, social circles and political views. 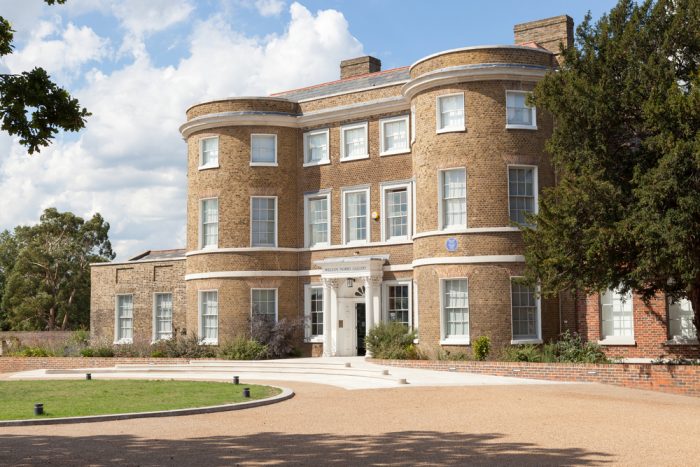 With a brand new – and ultra-contemporary – location in Kensington, West London, the Design Museum reopened in 2016 and is one of those underrated, worth-a-visit spots. Its mission is to spread knowledge about the design industry and its history while looking ahead to the future and championing new talent. The association regularly holds exhibitions focusing a variety of topics – from fashion to cinema and architecture – but its permanent collection gives a great insight into the history of design in an eye-catching and playful way.

Self-described as ‘a free gift to the people’, the Horniman Museum is a family-friendly place based in Forest Hill, East London that specialises in anthropology, natural history, musical instruments, and a large collection of taxidermy. With over 350,000 objects on display, it is one of London’s most specialised and unique museums. You’ll also love the ‘Animal Walk’ within its gardens, where you’ll get to see alpacas, goats, sheep and other furry residents! 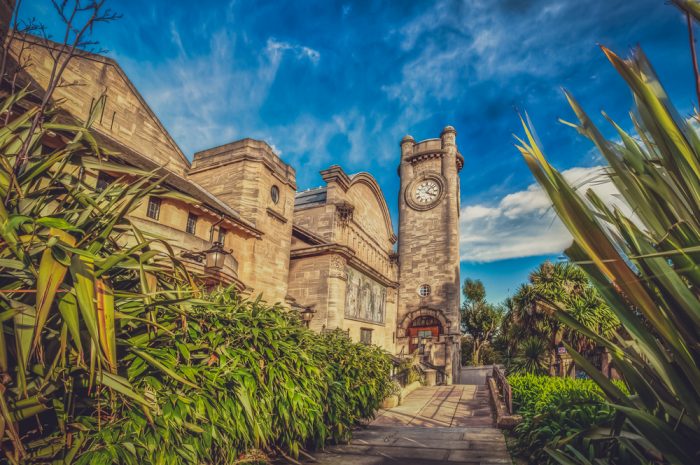 In case you didn’t think Holland Park had *quite* enough on offer (such as being conveniently located right next to Notting Hill and a beautiful park), it turns out that, tucked away on one of its pretty streets, there is a must-see gallery there too. Leighton House Museum is the former home of Victorian painter and sculptor Frederic ‘Lord’ Leighton, who lived and painted in Holland Park for many years. The house itself is stunning – you’ll marvel at the Arab Hall, Islamic tiles and small fountain within said hall (yes, you read that right). There are also many works of Leighton as well as his contemporaries on show, making this place an absolute treat for the eyes. 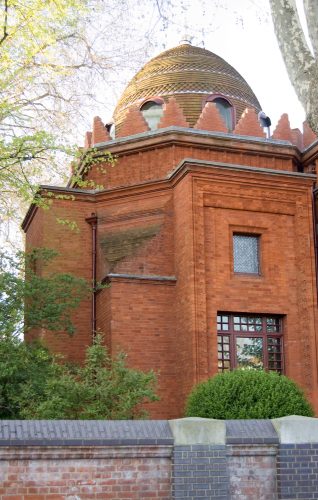 Sat neatly in the trendy area of Hoxton in East London, the quirky Geffrye Museum of the Home explore homes from the 1600’s to the present through a series of period room displays. And even though the Geffrye is currently undergoing a major renovation and is closed until Spring 2020, the association is still very active thanks to its lovely front gardens (where events are being held on a regular basis) and its restored almshouse (which is open to the public). 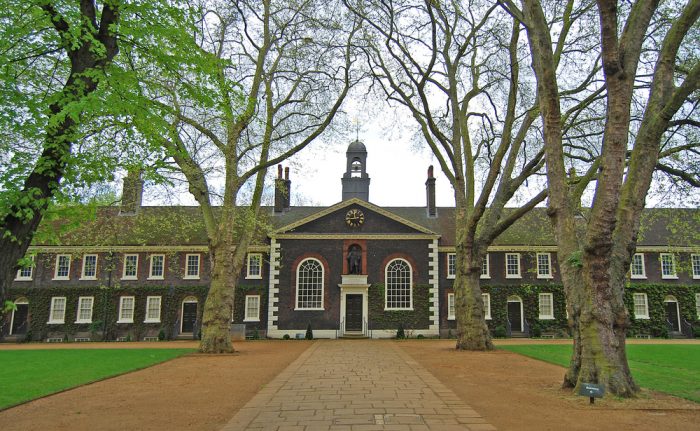 We admit that this probably won’t be a hidden gem for much longer, as it’s conveniently located in the historic and popular borough of Greenwich in South East London. But considering that it’s only just recently reopened following a relatively long renovation phase, the Queen’s House may still be under-the-radar for many Londoners and visitors. This former royal residence was created by renowned architect Inigo Jones for King James I’s wife Anne of Denmark in the early seventeenth century – rumour has it this ‘gift’ for Anne was a form of apology from her husband, who swore in front of her after she had accidentally killed one of his favourite dogs during a hunting session!

Used by members of the royal family until 1805, the Queen’s House is now famous for its beautiful art collection, featuring artworks by the likes of Gainsborough, Reynolds, Turner and Hogarth as well as the beautiful and famously haunted Tulip Stairs. That’s right – be prepared to bump into a ghost or two while you visit!

Tucked away in the busy City of London, where many banking and finance firms are based, the Guildhall Art Gallery was built all the way back in 1885 and has a great display of both classical and contemporary paintings, drawings and sculptures that revolve mainly around the history of London and England. Moreover, extension plans for the Gallery were made in 1985 – only for a Roman Amphitheatre to be discovered in its lower levels! This surprising piece of architecture is now luckily also on show for visitors, signifying London’s unique history. 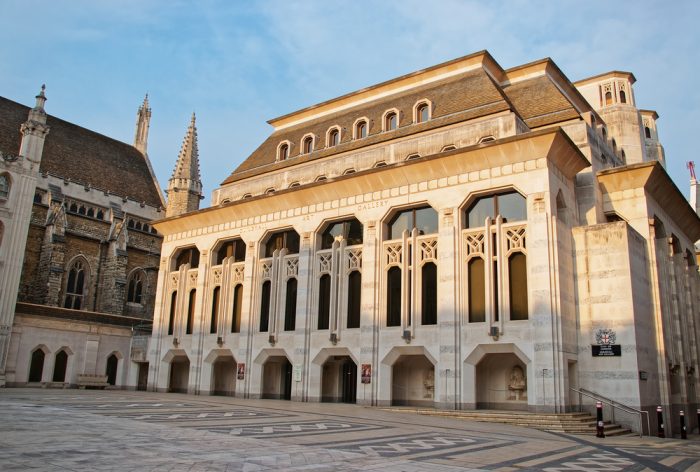 Considered by many as one of London’s most cutting-edge art galleries, the Whitechapel Gallery has been at the forefront of showcasing contemporary art ever since its establishment in 1901. It is located in Aldgate, which is conveniently right next to the very trendy area of Shoreditch in East London, and proudly describes itself as ‘the artist’s gallery for everyone.’ 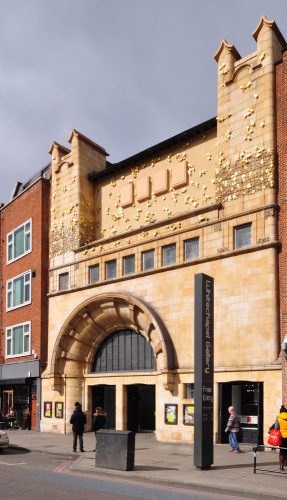 London really does have a museum for everything – the Fan Museum being a fine example of this! Located in Greenwich, this charming place holds over 5,000 fans that range from the 11th century to the present day. But as niche as this sounds, fashionistas and art lovers will undoubtedly be in awe of these surprising works of art. And why not indulge in a spot of afternoon tea in the museum’s lovely orangery?

Did you know that the founder of psychoanalysis Sigmund Freud, and his daughter Anna Freud, a child psychoanalyst, lived in London during the last year of Sigmund’s life? The London house where he lived and died in, located in the picturesque suburb of Hampstead in North London, was turned into a museum at Anne’s request (she lived there until her death in 1982 – it was opened to the public four years later). Ideal for people who are interested in the life and legacy of Freud, the Freud Museum also holds a great variety of exhibitions, workshops and events throughout the year. 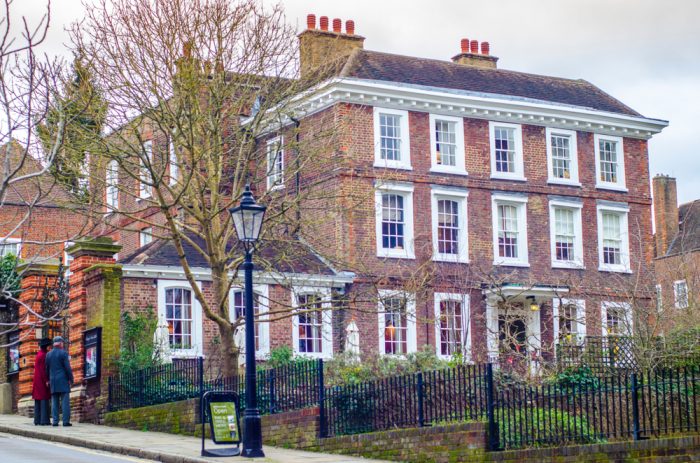 A branch of the Victoria & Albert Museum, the V&A Museum of Childhood is located in Bethnal Green, East London. As the title indicates this place explores the many aspects of childhood and is great for both kids and adults. As well as temporal exhibitions, it has a fascinating assortment of historical and contemporary childhood-related objects and boasts the largest collection of dolls in the UK. But as well as dolls, visitors can expect many other toys and items, such as teddy bears, clothes and even furniture, making this place is a rare chance to rediscover your childhood in the most imaginative of ways. 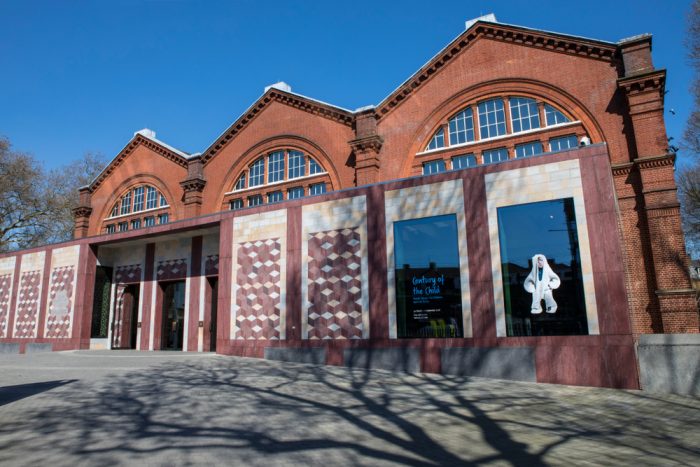