Whether you are travelling in to London by train from France, Belgium or the Netherlands, once you’ve arrived at St Pancras International in Kings Cross you’ll no doubt want to wet your whistle and curb those hunger pangs, and there are plenty of unique and interesting places to do so just a short walk from where you land.

Just a 10 minute walk straight down Euston Road will get you to the Euston Tap, a haven for beer lovers. Two identical buildings face each other at the entrance to Euston station, the historic frontage of the old station, built in 1870 and demolished in the 1960’s and engraved with the names of the towns and cities served by the railway.

With 47 lines of draught beer and cider and 16 keg beers on tap, some known and some you’ve never seen before, this is the perfect place to unwind after your journey. They don’t serve food but be sure to get yourself a packet of pork scratchings, the quintessential British beer snack.  Space is tight in the old lodge buildings, but follow the spiral stair case up for (slightly) more seating. 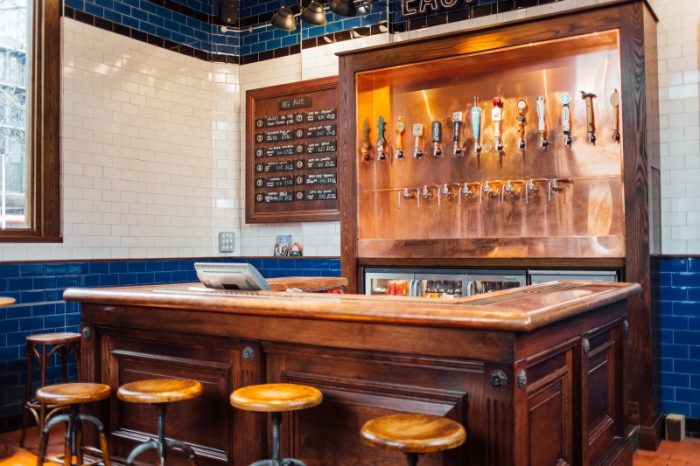 Helena Dolby for The Euston Tap

A mere 20 minute walk in the opposite direction will take you to Indian Veg, some of the best Indian food in London, situated in the vibrant area of Angel Islington. Don’t let the vigorous vegan propaganda adorning every inch of wall put you off, for £7.95 you can fill as many plates as you like with a wide variety of Indian dishes.

Vegan and vegetarian delights such as Mutter paneer (creamy paneer and pea curry), Bombay aloo (spicy potatoes), dhal, and a wide range of rice, deep-fried sides, breads  and salads mean it would be unwise to fill up on just one serving. Just make sure you don’t have to do anything too taxing right after eating!  A relaxed yet buzzing atmosphere, this North London legend attracts an eclectic bunch of people giving you a real insight in to the wonderful diversity of London residents.

Depending on what time of day you arrive in our fair capital (we’re not judging), Indian Veg has a bring- your- own- booze policy so stock up at one of the nearby corner shops or supermarkets. If you’d rather not take a tipple, they have a huge array of popular and unusual soft drinks on offer. 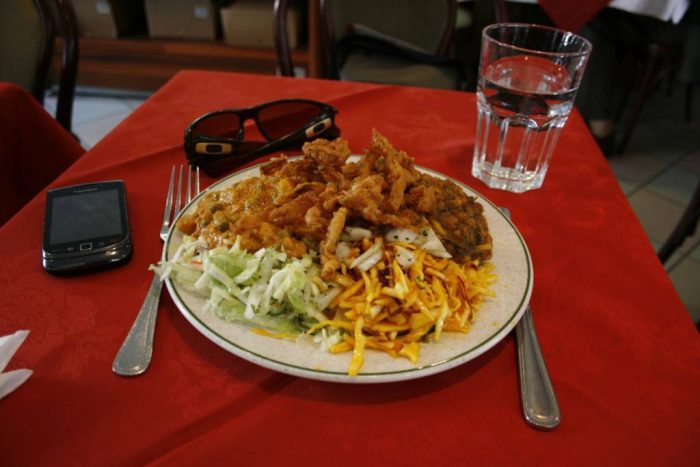 Another 10 minute walk, towards Acton Street this time, and you’ll stumble upon the Queen’s Head tucked away behind Kings Cross. Pork pies, cured meats, fine cheeses and Ploughman’s boards make up the perfectly British menu of this iconic pub, all sourced from the best markets and suppliers from in and around London.

Another beer lover’s paradise, The Queen’s Head has an ever changing list of interesting beers, most of which are from local north London breweries including Kernel, Redemption and Camden Town. The wine list has also been carefully curated for accessibility, but what this pub is really famous for by those in the know, is its whiskey menu. A five page ledger of whiskies includes smokey, smooth, Japanese, American and ‘unusual’ options and the friendly staff and vibrant atmosphere will make you want to stay for a few. Better order some more cheese. 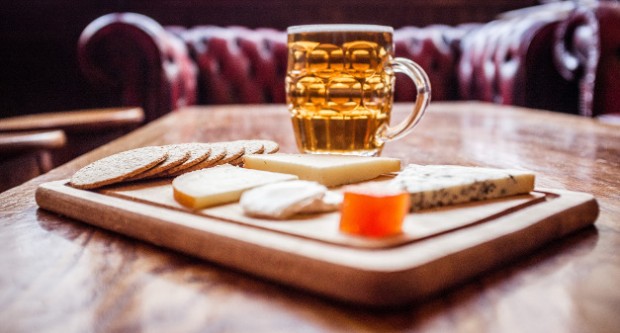