The upcoming 160th University Boat Race sees Oxford and Cambridge battling it out on the River Thames from Putney to Mortlake as they are watched by thousands of spectators. This exciting annual event is a London tradition that recruits the best rowers from the two top UK universities to paddle their hardest and win the coveted Boat Race Trophy!

Interested in watching the Boat Race or want to find out more about it? Read on for the beginner’s guide to the University Boat Race!

When does it take place? 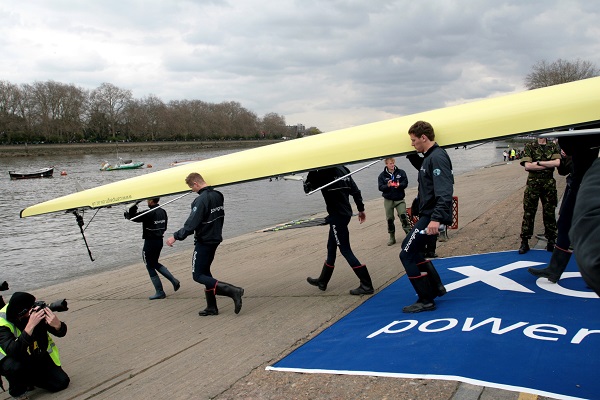 The Boat Race takes place near to Easter every year, at the end of March or beginning of April. For 2014, the race will be staged on Sunday 6 April at exactly 5.55pm! The very first boat race took place in 1829 and has been an annual event since 1856. The only Boat Race free years were during the First and Second World Wars.

Why a boat race?

The origins of the race can be traced back to two former Harrow School pupils, Charles Wordsworth and Charles Merivale, who attended Oxford and Cambridge. Cambridge challenged Oxford to a boat race and ended up losing! 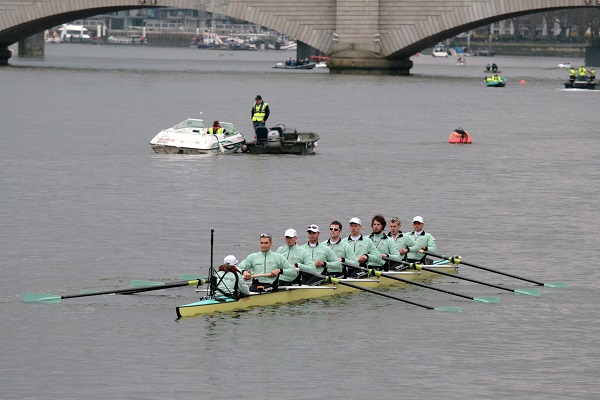 Two boats carry eight rowers with one “cox” – the person who steers the boat and encourages the crew. If the cox happens to be on the winning team, they get dunked in the Thames at the end of the race! The race begins and the two universities furiously row four miles and 374 yards to the finish line, which usually takes between 17 and 20 minutes. Before the race, a coin is tossed to see which side of the river the crews will be racing on and both sides have their advantages.

Where can I watch it?

The Boat Race is an extremely popular event for both Londoners and visitors and takes place in South West London. If you want to get a good view of the river, head to the banks of the Thames quite a bit before the race begins to grab a prime spot. Locations that offer good views at the start of the race are Putney Embankment and Bishops Park, with Dukes Meadows and Chiswick Bridge the places to be as one team rows to glory. Check out a map of the course and decide where along the river would be best for you. Putney Bridge Tube Station is a stone’s throw away from the start of the race.

It’s also broadcast on BBC1 if you’d prefer to watch it in maximum comfort. Both teams wear a different shade of blue so make sure you know which is Oxford and which is Cambridge before you start cheering!

What can I do before or after the Boat Race? 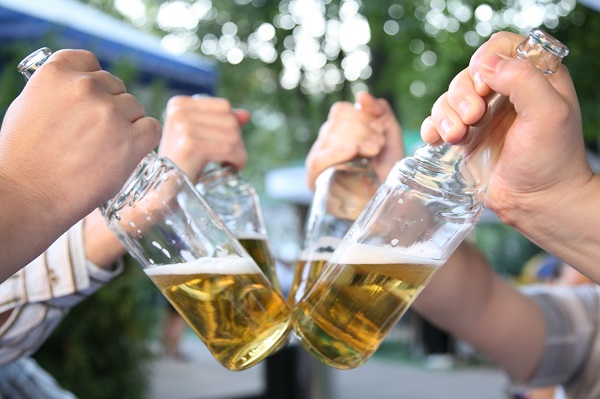 This area of London is full of great pubs and restaurants that are perfect for a pre or post race pint and bite to eat. Fulham Palace is a fantastic place to while away a few hours at the museum or in the gardens and Bishop’s Park will have beer tents and food available from 12pm to 7pm. If you don’t want to join the crowds on the riverbank, Bishop’s Park will also show the race on large screens to people hanging out around the food and drink.

If you decide to head down to the river this weekend, enjoy the race! Want to visit where it all began? Take a day trip to Cambridge and Oxford from London and explore the beautiful university cities with an expert guide. Alternatively, have a look at our range of Oxford university tours that go to other top locations.