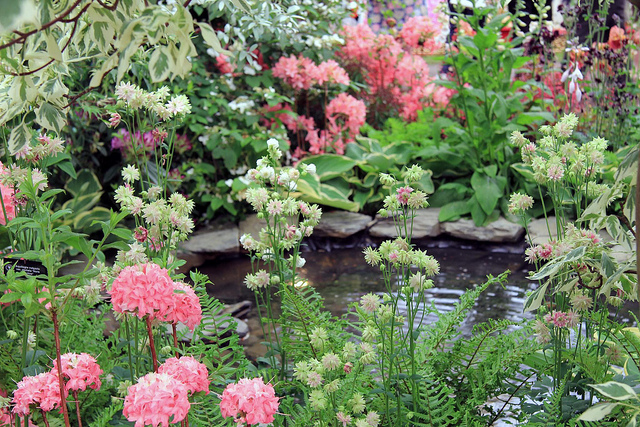 Calling all green-fingered garden enthusiasts! Tickets for the RHS Chelsea Flower Show 2014 are now on sale and this year promises to be just as lush, decorative and colourful as ever before. From 20-24 May, the gardens of the Royal Chelsea Hospital in London will be transformed into a bustling horticultural wonderland, full of carefully cultivated gardens and fresh flowers.

Each year there are a number of gardens based on themes or built to certain specifications. This year, two military charities are backing show gardens that represent 100 years since the start of the First World War. Charity Help for Heroes is supporting a garden called Hope on the Horizon, which sports a layout based on the shape of the Military Cross, the medal awarded for extreme bravery. Another garden entitled No Man’s Land is inspired by the damaged landscapes of the trenches on the Western Front. These creative designs are the work of two young stars of horticulture, keeping with the Chelsea Flower Show’s tradition of putting the spotlight on fresh talent. 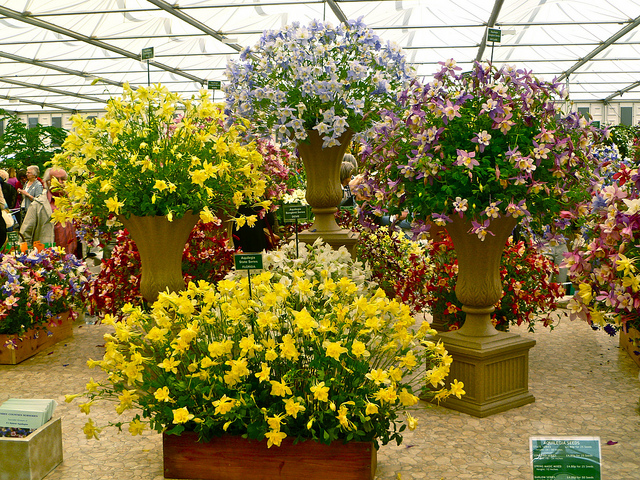 A breathtaking floral exhibit in the Great Pavilion will be staged by the Royal British Legion, charity Thrive and Birmingham City Council. Featuring wartime memorabilia, giant poppies and reconstructions of the trenches, this year the show has a strong WWI commemoration theme running throughout the event.

Gardens for a good cause

Other specially designed gardens include The RBC Waterscape Garden – Embrace the Rain, designed to illustrate global water issues and The Homebase Garden – Time to Reflect, which has been built by apprentices after completing 10 months of training. 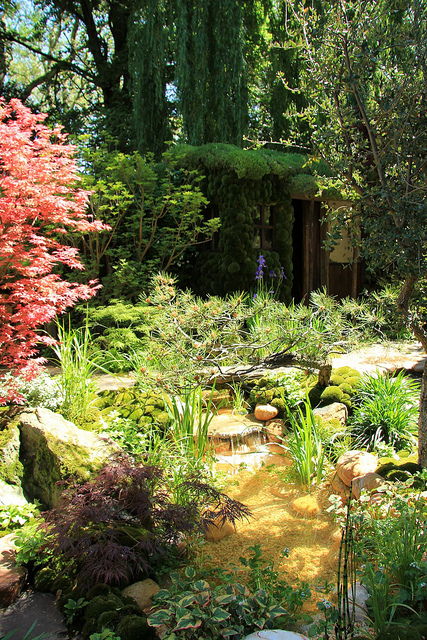 From garden furniture to fresh cut flowers and water features – you’ll be able to buy them all at the Chelsea Flower Show! The event has everything you need to spruce up your outdoor area. In true British summer style, there will be sandwiches, salads, cakes and glasses of Pimm’s on offer at the Rock Bank Food Court and the Refresh Champagne Bar adds a touch of luxury to the show. Royal Horticultural Society experts will be on hand throughout the event to answer all your gardening queries and provide a ton of handy tips.

The RHS Chelsea Flower Show 2014 is an incredibly popular event and tickets sell out fast, so get yours now! If you’re not in London this May, then check out the Hampton Court Palace Flower Show 2014 coming to the country in July.