Popularly known as the “Buck House,” the Buckingham Palace became the official royal residence when Queen Victoria ascended on the throne in 1837. For the longest time, what’s inside the palace has been a mystery to many people, aside from those few guests who are invited by Her Royal Highness and the family to come over.

However, it was not until 1993 when the Buckingham Palace Tours made it possible for locals and tourists alike to get a glimpse of the Queen’s beautiful residence. The palace gates are open for visitors between August and September when the Queen is in Scotland. Until today, the tour is still highly popular, giving a lot of people a chance to see and appreciate one of the world’s few remaining royal palaces that’s still active.

The Buckingham Palace has 772 rooms; all of which include 52 Royal and guest bedrooms, 188 staff bedrooms, 92 offices, and 78 bathrooms. Unfortunately, you won’t be able to see all of these luxurious rooms as the tour is only limited to the State Rooms that dominate the Palace’s west wing. In addition, you’re also not allowed to stand on the Royal balcony and wave at the crowd like Princess Diana did. The Crown Jewels, on the other hand, are at the Tower of London so it will be a separate tour all-together.

Now, don’t get discouraged just yet. Her Royal Highness’ residential tour may only be limited, but there are still a lot of things that you’ll get to experience while at it.

The first stop of the tour will be at a raised platform called the Quadrangle. From there, you’ll step inside the Grand Hall and see the Grand Staircase where the principal rooms of the palace can be found. On top of the Grand Staircase is the Guard Room which has Queen Victoria and Prince Albert’s marble statue. The Throne Room, on the other hand, is where the Royal Wedding and other family photographs are taken.

From the Throne Room, you’ll get to pass by the Picture Gallery where wonderful works of art made by Rembrandt, Van Dyck, and Canaletto can be found. You’ll also find the Ballroom astounding as it’s the biggest room in the palace. Queen Victoria added it in 1854 to be used for different events like Investitures.

Other rooms found in the Palace are the Music Room, the Blue Drawing Room, and the White Drawing Room where you’ll get to marvel at each room’s grandiose design and furniture. The Buckingham Palace Gardens and the Changing of Guards ceremony also add more beauty to the place, making it one of the most visited landmarks in the English capital.

Excited to visit the Buckingham Palace? If you’re planning to purchase Buckingham Palace tickets, I suggest that you get an early reservation online. While tickets are sold at the gates, the chances of getting one is not exactly guaranteed since a lot of people like you would love to get their share of the Royal residence, too! 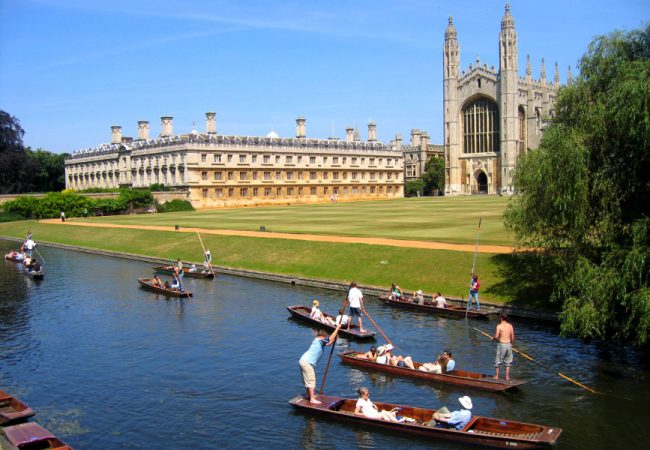 Top Ten Day Trips In and Around London
Many of us choose far flung destinations for our holidays,…
Five Unusual Photographs Of The London Underground You May Have Missed
The London tube is a fascinating thing, especially for visitors…
Meet The Beefeaters At The Tower Of London
Who are the Beefeaters? The Yeomen Warders are the…
TravelBlog Categories
Follow Us
Popular Posts