Hogwarts in the Snow is back at Warner Bros. Studio Tour London – The Making of Harry Potter and it’s doing a fine job of getting us in the Christmas spirit! From Friday 14 November 2014 – Sunday 1 February 2015, Warner Bros. Studio Tour London will be all dressed up for the winter, complete with snowy Hogwarts model and festively decorated Great Hall, as seen in Harry Potter and the Philosopher’s Stone!

Christmas at Hogwarts School of Witchcraft and Wizardry? Yes please!

A visit to the Studios is completely magical at any time of year, but visit in deepest winter for something extra special. Potterheads will be in their element as you’ll see how Hogwarts in the Snow recreates the infectious excitement of Christmas as experienced by Harry, Ron and Hermione in Harry Potter and the Philosopher’s Stone.

You can step inside the Great Hall to see the long tables set for the Christmas feast and filled with authentic props from the film series! Eight decorated Christmas trees line the Great Hall and on the tables will sit shiny prop versions of turkeys, hams, fruit, vegetables and snow cakes.

For the first time in the Studio Tour, the Special Effects Department will use coloured lights and a special vapour that flickers and dances to create ‘fire’ in the Great Hall and Gryffindor common room fireplaces. Who said the magic wasn’t real! 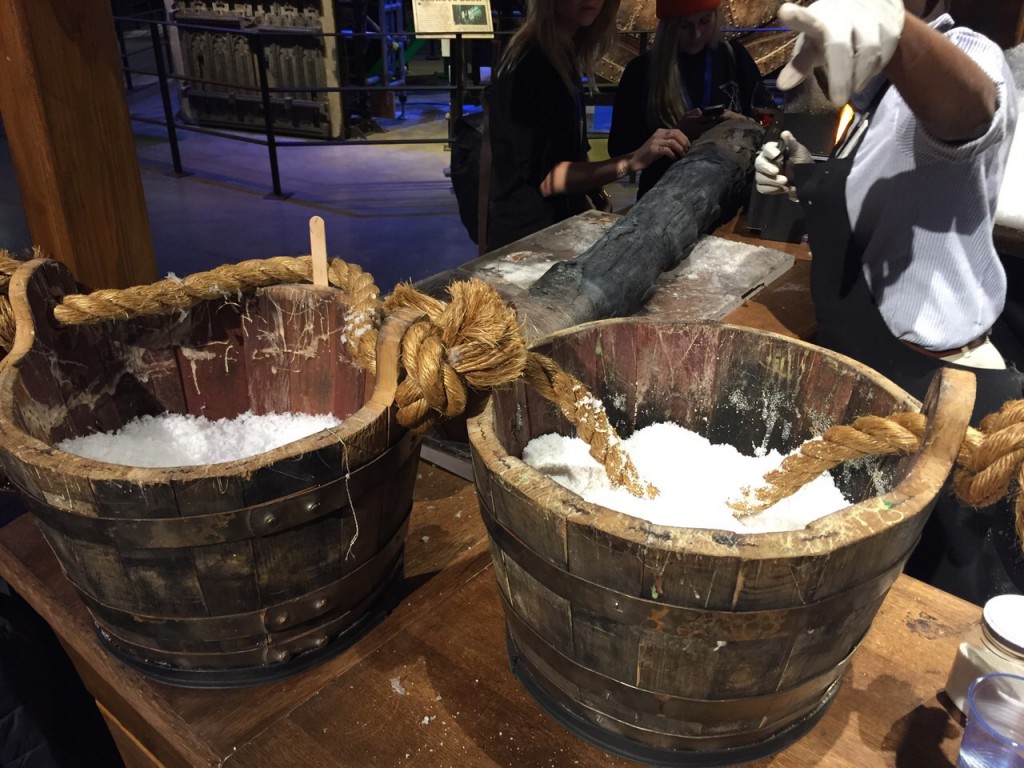 The new Dark Arts section of Warner Bros, Studio Tour London will be open for you to view, giving visitors genuine Slytherin chills, and all the usual attraction highlights will be there for to experience. These include Diagon Alley, Privet Drive, the Knight Bus, green screen effects and many more genuine props and sets from the Harry Potter movies. Remember to book your tickets before visiting, as you can’t buy them once you arrive at the Studios!

Check out what people are saying about Hogwarts in the Snow at Warner Bros. Studio Tour London!

Hogwarts in the snow.Magical. The best day out we’ve had in a long time. Worth every penny @wbstudiotour pic.twitter.com/voj2aGUTCV

Phew. What a night. If you want to see Hogwarts in the snow @wbstudiotour, we solemnly swear it’s well worth a trip! pic.twitter.com/y44vr1nUD3 — Always J.K. Rowling (@AlwaysJKRowling) November 14, 2014

So what are you waiting for? Grab your tickets for Warner Bros. Studio Tour London today and get ready to experience an amazing Christmas, Harry Potter style!