With Christmas and New Year celebrations finally behind us, the optimistic among us can look in to the future and start thinking about pastel nails, summer wardrobes and ice cold beers.

But that’s not to say what’s left of winter doesn’t have buckets more fun to offer, families for instance still have February half-term to deal with. Here’s our list of what to do with the rest of the winter.

The Royal Albert Hall will host the welcome return of Cirque du Soleil, bringing their wondrous spectacle Luzia to Europe for the first time. Be transported to an imaginary Mexico where surreal contortionists, breathtaking acrobatic performances, and unbelievable feats of strength come together to represent the multiple faces, places and sounds of Mexico through the ages.

This exuberant evening of fun and awe will take you seamlessly through an old film set to deep down in the ocean, to a smoky dance hall and then to the desert using new acts and breath-taking production. The exotic Luzia will have you feeling like the heat of summer in winter in no time. 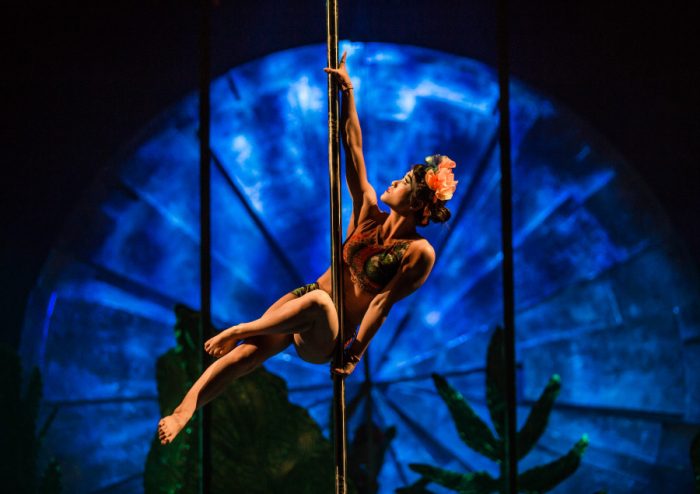 It’s the year of the rat! But don’t let that put you off because according to the Chinese Zodiac calendar the rat is the first symbol and represents wealth and surplus. The Zodiac myth says that the Jade Emperor decided the order of the Zodiac animals by the order they turned up at his party. The rat tricked the Ox into giving him a ride then, just as they arrived at the finish line, rat jumped down and landed ahead of the Ox, arriving first.

Every year London goes all out for Chinese New Year, with the largest festivities outside Asia, and this year is no exception. A wildly colourful parade, free stage performances, traditional food and an unbeatable atmosphere are all reasons to head on down to Chinatown. 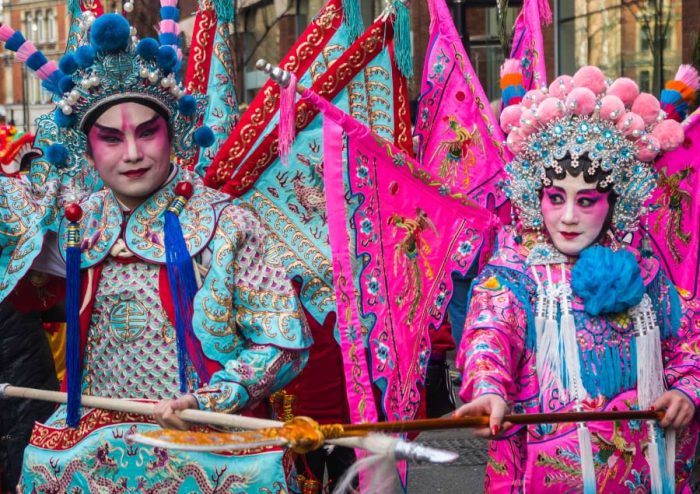 Every year Londoners don their kilts and sporrans and head out to celebrate the life and poetry of famous Scot Robert Burns. Most of us however, are in it for the haggis, whiskey and dancing as traditional ceilidh’s pop up all over London.

Skylight in Tobacco Dock are putting on a show with bagpipers and highland dancing, poetry performances and a DJ all night for £8 a ticket, and Cecil Sharp House in Primrose Hill will be putting on a traditional dance for £22, with all proceeds going towards Streetwise Opera’s life changing work supporting people who are or have been homeless. So grab your dancing shoes and get stuck in to this quintessentially winter event. 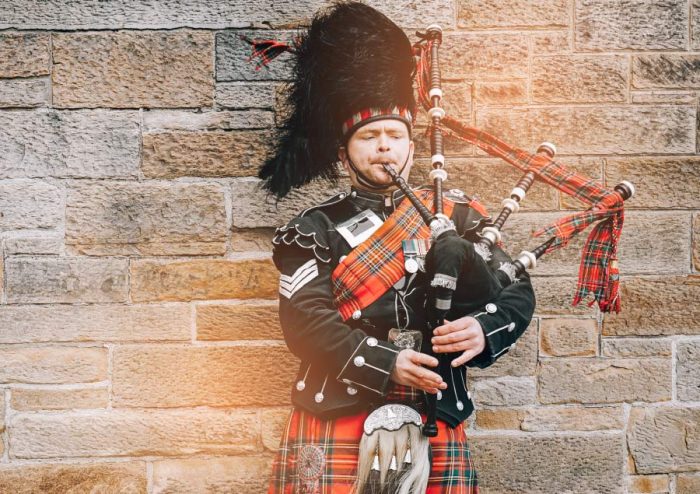 A Bagpiper in traditional dress

Half-term can be a tricky time for parents, with demanding children to entertain. This February why not get hold of a Merlin London Big Ticket which gives you entry to The London Eye, SEA LIFE London Aquarium, Madame Tussauds, DreamWorks Tours Shrek’s Adventure as well as The London Dungeons.

Whether you live in the capital or you’re visiting with family, this combination ticket means you won’t have to think about what to do this half-term, and tickets are valid for 90 days so no need to stuff everything in to one. 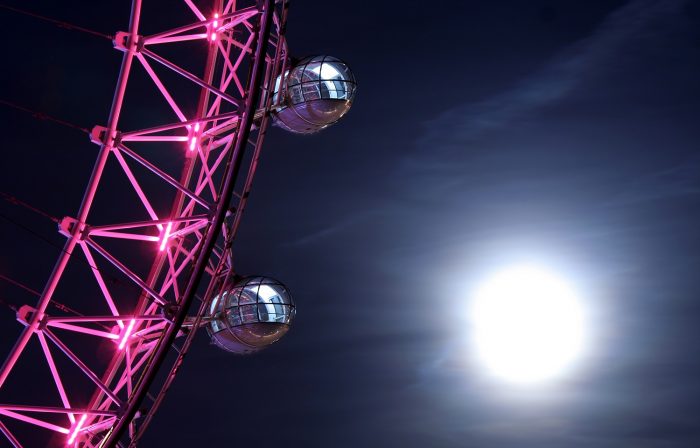 The London Eye at Night

Picasso and Paper will run from the 25 January to 13 April 2020 at the Royal Academy, exploring the Impressionist artist’s relationship with paper. Delve in to Picasso’s creative process and see how he created expressive drawings that led to towering sculptures.

Letters, illustrated poems and photographic collaborations with artist and Picasso’s muse Dora Maar offer an intimate glimpse in to artist’s life, and show how he used even everyday materials to express his abundant creativity. 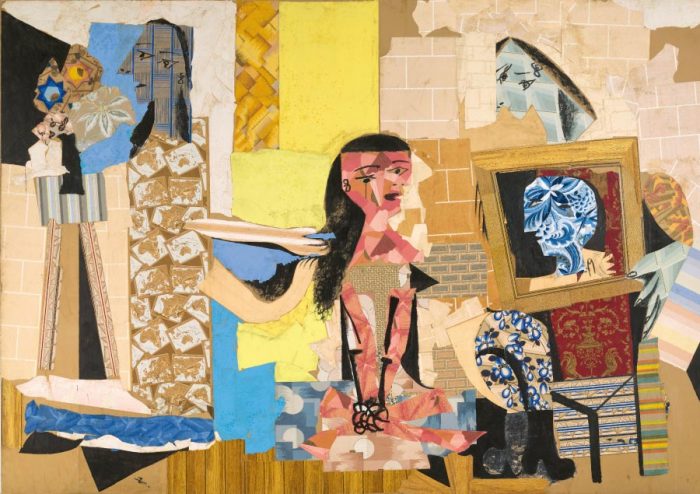 Tutankhamun – Treasures of the Golden Pharaoh, until 3 May 2020

Another great cultural event opening this winter, Tutankhamun – Treasures of the Golden Pharaoh showcases more than 150 original objects from the famous pharaoh’s tomb. This is the first time 60 of these artefacts have left Egypt and the last, before they are return for permanent display within the Grand Egyptian Museum, which is currently under construction.

Among the items excavated from Tutankhamun’s tomb in 1922 include; the world-famous gold coffinette which was used to store King Tut’s liver, and the ceremonial golden shield, depicting the pharaoh slaughtering his enemies. 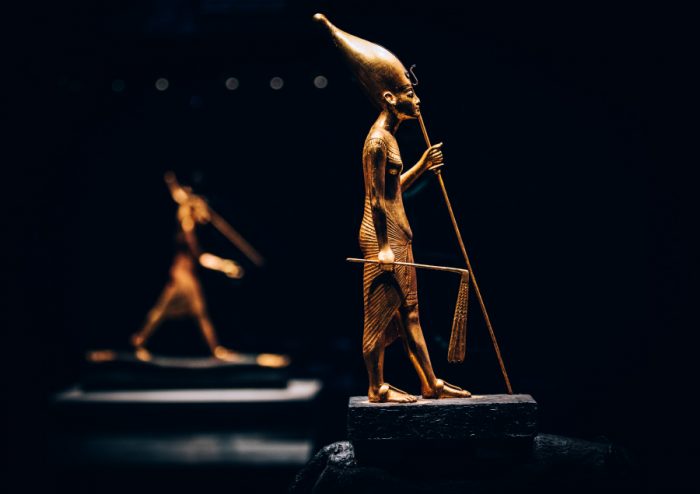 Statue of Tutankhamun on the back of a panther

Why not celebrate the end of dry January with a massive beer festival! Brew LDN is a new event for 2020, showcasing 150 of the world’s best breweries including; London Fields Brewery, Tiny Rebel and Wild Card Brewery.

Set in the Old Truman Brewery on the iconic Brick Lane, this 3 day festival will showcase the finest innovations in craft beer brewing as well as craft cider, spirits, snacks and street food, with an estimated 8,000 guests. 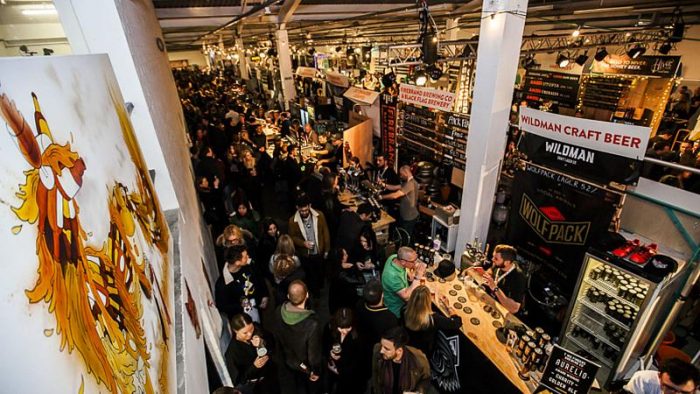 Yet another arty offering opening in London in February, Meet Vincent van Gogh is an award-winning fully immersive exhibition celebrating the life and relationships of Vincent van Gogh. Curated by the Van Gogh Museum in the Netherlands, you can touch blown up copies of his paintings to understand his unique technique,  sit on a large reconstruction of hid Bedroom in Arles, and explore the only complete digital collection of Van Gogh’s life’s work. 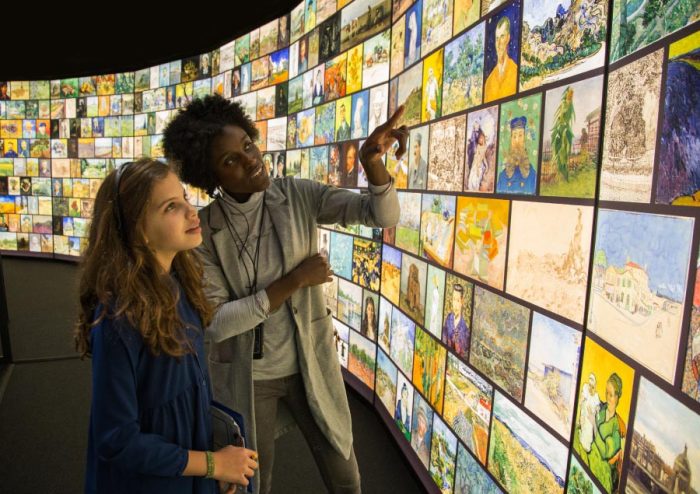 London has no end of romantic offerings for this year’s Valentine’s Day. Why not have a laugh and head to the Comedy Store or Top Secret Comedy Club for the best in stand-up? Head over to east London and pick up some flowers at Columbia Road flower market, or take a turn on the London Eye for the best romantic views of London.

Both share a love of Harry Potter? Book a couple of tickets to the magnificent Warner Bros. Studio Tour London and see the magic unfold.

Our Valentine’s Afternoon Tea Bus is a sophisticated option, combining afternoon tea for two with prosecco and a red rose with the best views of the most beautiful London landmarks, or an overnight stay in Paris is always a popular option or simply a spontaneous day trip, with Eurostar tickets and hotel included in the price. 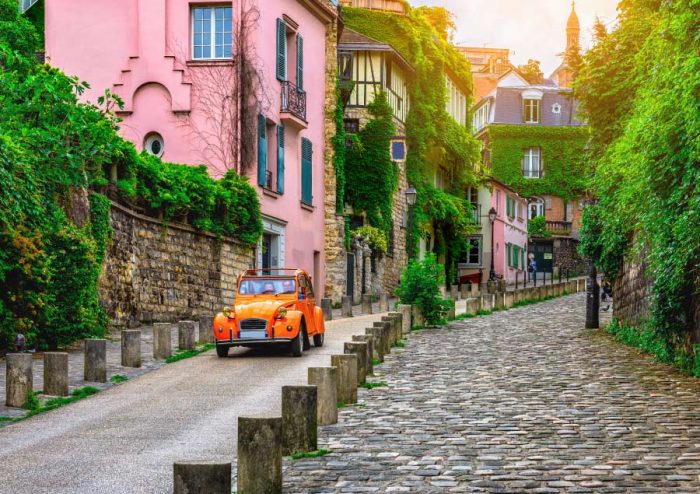 The annual Orchid Festival is back at Kew Gardens, celebrating the incredible beauty and diversity of Indonesia, the land of 17,000 islands. If winter is getting you down, head over to the tropical hot houses at Kew Gardens and immerse yourself in the exotic Prince of Wales Conservatory. Indonesia is home to over 5,000 different species of orchid and this year’s festival is a celebration of the natural diversity of the collection of islands, and the scientific breakthroughs being made by Kew’s scientists.

You’ll walk through an incredible orchid jungle, with flowers in every colour you can imagine in this recreation of the far eastern paradise. 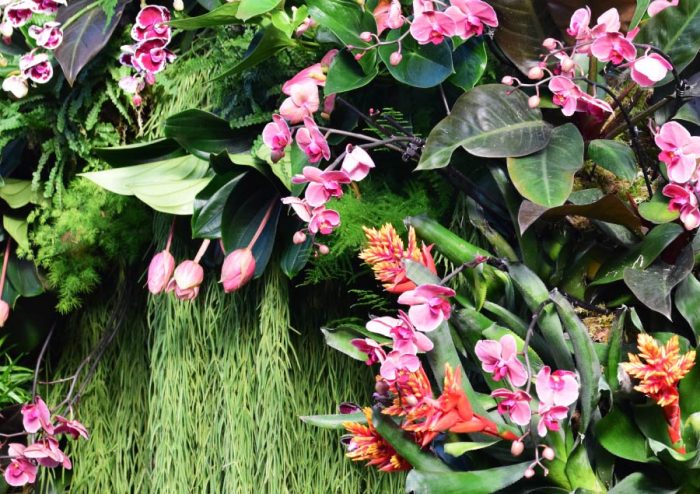 Short of time over half-term but want to do something special? KidZania, a self described indoor city run by kids, blends learning and reality with entertainment. During your 4 hour visit your children will have the opportunity to run the place and experience a range of different and exciting future careers. Kids can try their hand at becoming a skilled reporter at Metro’s KidZania headquarters or see what it takes to become a trained pilot! 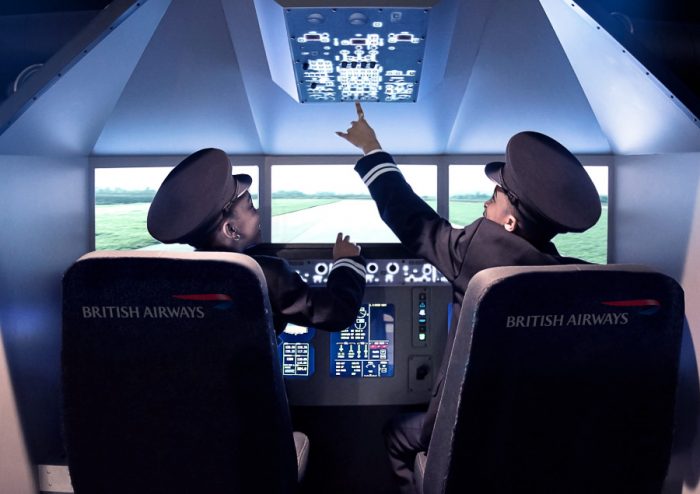