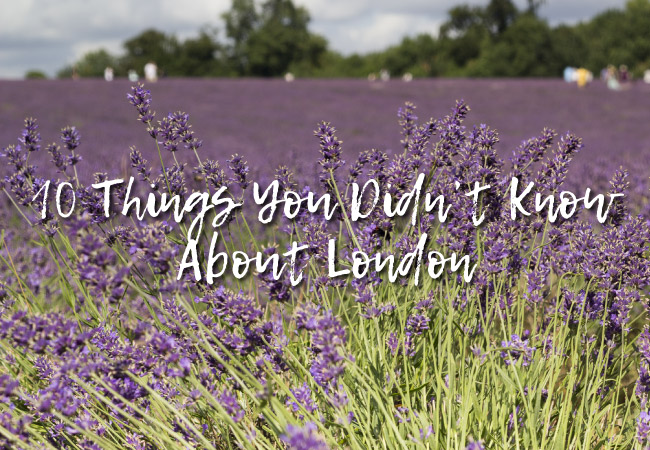 London ranks high on everyone’s travel list, whether you’re from the UK or not. Incredible diversity, a long and fascinating history, great nightlife, an innovative food scene, and more famous monuments than you can count, London is the perfect weekend away.

With the aforementioned epic history, everyone thinks they know a thing or two about London; Big Ben is the clock not the tower, London Bridge is not the one near the Tower of London etc. But with history and innovation stuffed into every inch of the city, there’s plenty even Londoners don’t know about this everchanging metropolis. Here’s a few interesting things to keep in mind while planning your next trip to the capital, or for Londoners when we can get out and about again!

Home to well-known attractions including Camden Market, Hampstead Heath and London Zoo, North London is also a place of ghosts and history.

Highgate Cemetery isn’t exactly what’s known as a ‘hidden gem’, but most visitors just flock to the Eastern side of the cemetery to see their most famous resident, Karl Marx. Not to say he’s not worth the visit, but on the Western side the Egyptian Avenue is a sight to behold. The entrance is flanked by a pair of massive obelisks that reflect the Victorian obsession with all things Egypt. The nature reserve come cemetery is home to many famous Victorian murder victims, but the western side is also the location of a radioactive proof grave. Alexander Litvinenko was murdered through radioactive poisoning in 2006 and his body is buried 12ft deep in a lead lined coffin to avoid the risk of any visitors coming in to contact with radioactive material. If you want a spooky London experience, walk down Swaines Lane between the two sides of the cemetery at night.

London Zoo is one of the capitals best loved attractions. The Zoo celebrated its 192nd anniversary last week and has been at the forefront of global conservation since is opened in 1828. It’s been home to many famous animals and been the site of scientific breakthroughs, but did you know a certain resident was also the inspiration behind the beloved literary character Winnie the Pooh?

On August 24th 1914, en route to war in Europe, Lieutenant Harry Colebourne purchased a black bear cub at White River, Ontario, for $20 from a hunter who had killed its mother. Calling her Winnie after his hometown Winnipeg, Colebourne travelled with her to England on route to fight in France in World War I, and she became the mascot of the regiment while they trained on Salisbury Plain. She was left at London Zoo for safekeeping with the intention of picking her up again when he returned. On returning however, he donated Winnie to London Zoo in appreciation of the good care they had taken of her, and in recognition that Winnie had become a favourite with visitors. The author A.A Milne and his son Christopher Robin frequently visited Winnie and Milne was inspired to name his fictional character, Pooh Bear after her. 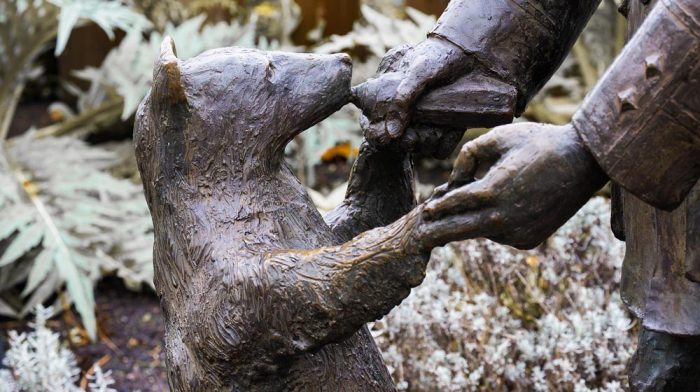 Home to some of London’s best-known landmarks including the London Eye and The Oval cricket ground, South London is also a treasure trove of unexplored streets and independent restaurants. Areas like Peckham and Brixton have blossomed over the last ten years and areas like Camberwell and Bermondsey offer craft beer and Xinjiang cuisine! (See Silk Road Restaurant).

New Malden is an area not known to many Londoner’s so most can be forgiven for also being unaware that it is London’s very own ‘Little Korea’. Chinatown, Banglatown and Little Venice get all the attention, while it is relatively unknown that the UK has the largest community of Koreans in Europe, 53,000 with 20,000 currently living in New Malden.

Why you ask? Five years after the end of the Korean War (1950-1953), the first Korean Association was formed in London and in 1970 a number of businesses operated by Korean companies increased in London, and New Malden with its regular trains to central London and relatively cheap house prices, began to attract more and more Koreans.

The south west London suburb is home to more than 30 Korean restaurants and over 100 Korean shops including supermarkets, hair salons and travel agencies. Also check out ‘Little Portugal’ down in Stockwell! 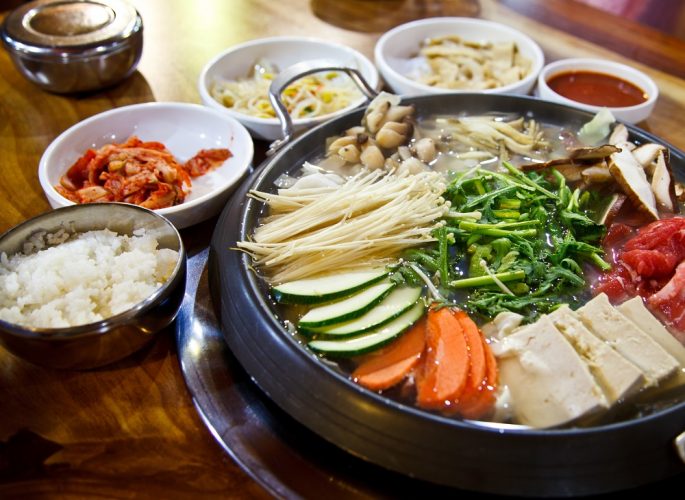 Frolic Among The Lavender

Istagrammers, gather round. Cherry blossom, magnolias, and wisteria are not tricky to find in London, but did you know that the coveted lavender field shot isn’t completely out of your reach either?

The borough of Croydon has produced many a famous face, including the likes of Kate Moss, Amy Winehouse, and Stormzy, but did you know its also home of Mayfield Organic Lavender Farm? Row upon row of the purple blooms make up a sea of organic lavender, open to the public all summer. You can wander through the lavender taking as many photos as you like, and gorgeous organic products can be bought from the shop.

Mention East London to anyone and they’ll start raving about their favourite bar in Shoreditch or the best Vietnamese in Hoxton. Arguably, many people flock to the well-known trendier bits of the East, but there’s a lot more to this vast corner of London that liquid nitrogen cocktails and street art. Eclectic alley ways, diversity, and artists and creatives galore, the East End of London is a rich tapestry of history, innovation and originality.

Think the best curry to be had is around Brick Lane? Think again. We’ve talked about the relatively under the radar ‘Little Korea’ on this list, and now it’s time to talk about East Ham. Hop on the district line and head down to this east London area for wall to wall authentic Indian food. There’s an energy in East Ham as soon as you step out of the station; it’s busy, it’s loud and you’ll have to take care you don’t get swept away with the crowds. The high street is almost entirely Indian restaurants, and you can get everything from Southern Indian staples like Keralan fish fry, vegetarian thalis and giant dosas, as well as North Indian classics and the best mango lassi outside of India. The prices are also very agreeable. 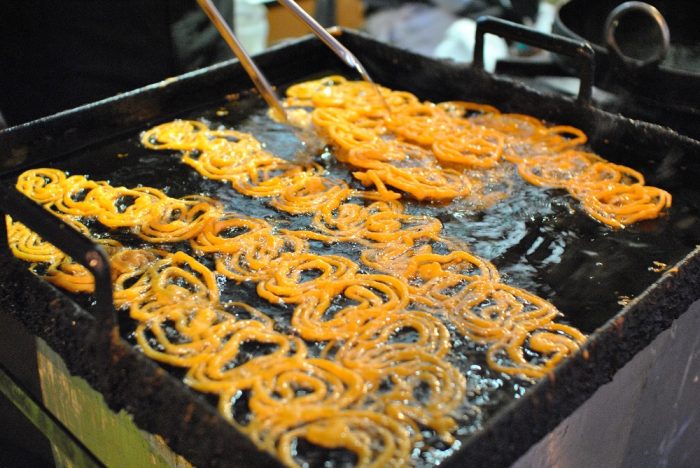 Get Lost in the Woods

Many think of London as concrete jungle but in truth, 47% of London is green space. One of London’s best kept secrets is the easy access of the beautiful and vast Epping Forest. Straddling the border between London and Essex, the former Royal Forest is 5,900 acres of ancient woodland, stretching 12 miles in a north-south direction, but only 2.5 miles across at its widest point. Covering areas of dense woodland, grasslands, heath, rivers, bogs and ponds, the forest is home to a foxes, badgers, woodpeckers, and deer. Unlike Hampstead Heath, there are no manmade paths and most of your walk will be through wild forest or open grassland, providing a true escape from the madness of London. You can easily walk into the woods from trendy Walthamstow (a great area to explore if you haven’t already), taking a short circular walk or make it longer and venture into Essex. You’ll be genuinely surprised that green oasis is in London. 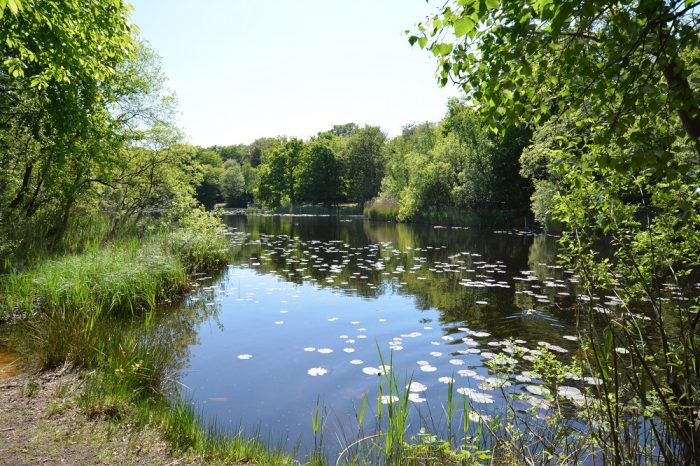 Millions of tourists a year flock to the west of London to explore the streets of Soho, see a show in Theatreland, glimpse the madness of Oxford Street, and see the Queen’s London residence. But with so much to see right in front of you, it makes sense that many of the subtleties of the west will pass you by.

The Gruesome History of Marble Arch

The corner where Edgeware Road, Bayswater Road and Oxford Street meet is an affluent area and home to the well-known monument Marble Arch, but the central London location holds a grizzly history. The village of Tyburn stood near the site of Marble Arch today, and from 1196, it was a place for extravagant public execution. The last person to be executed at the gallows, affectionately named the Tyburn Tree, was robber John Austin in 1783, after which the executions were undertaken at Newgate Prison.

For 650 years the now popular tourist destination was a place where the masses would gather to watch criminals be ‘brought to justice’, the richer observers could even pay extra to get a better view. Today, a circular plaque embedded in the pavement on a traffic island at the entry to Edgeware Road marks the spot of the Tyburn Tree. 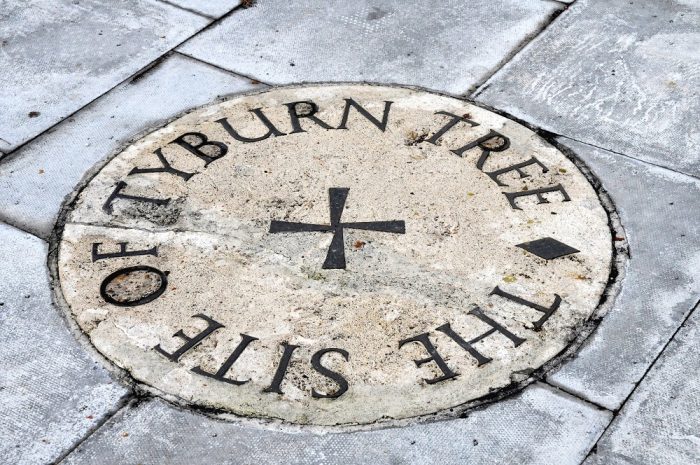 The plaque to the Tyburn Tree

Hidden in the most westerly bit of west London, is London’s one and only urban beach. Ruislip Lido is one of the best kept secrets in London, a reservoir and artificial beach in the London Borough if Hillingdon. The reservoir was originally opened as a feeder reservoir for the Grand Junction Canal in 1811 and reopened as a lido in 1933 for swimming and boating. The lido fell into disrepair and was reopened in 2010.

The 60-acre lake sits on the edge of a lovely 726-acre nature reserve, twice the size of Hyde Park! Sit under a palm tree on the sandy beach and sip a cold beer, maybe dip your toes in the lake, as swimming is ‘officially’ not permitted. 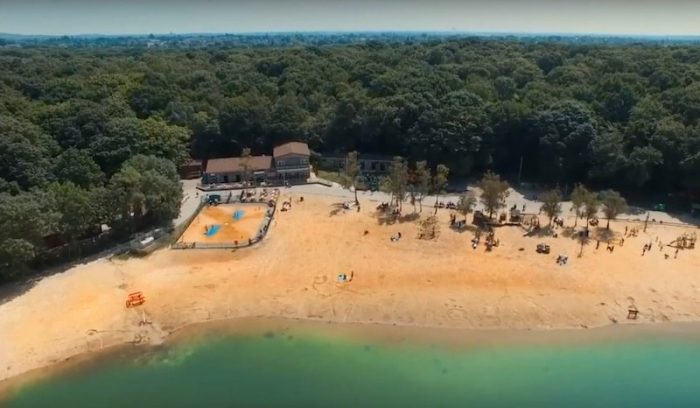 London is full of suprises and who best to tell you more about them than our Golden Tours guide Tom. Head over to our channel to see our new series of virtual tours! 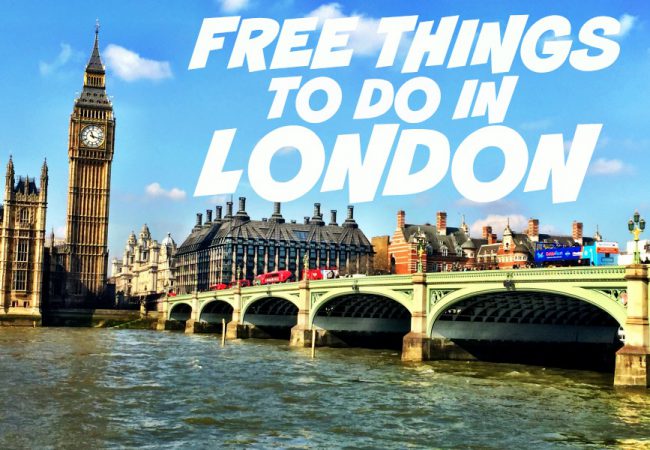 Top Free Things To Do In London
There's something satisfying about getting something for free and it's…
Must Know: How To Visit Stonehenge From London
The hotel is booked, everything is sorted and you’re gearing… 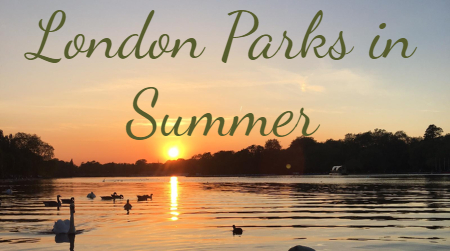