How cold is it in London at the moment? It must be freezing because a huge polar bear was spotted walking through the capital earlier this week. Somewhat disappointingly, the wild wanderer was revealed to be a stunt advertising a new TV show (see video below).

The polar bear wasn’t real (two puppeteers brought the bear to life) but you may be surprised to find out that London has seen its fair share of exotic wildlife. London Zoo is excluded from this list!

Take a look at the very un-British creatures that have been spotted in the city.

Various species of terrapin are known to live in London waters. It’s thought they were dumped there after people bought them as pets following the ‘Teenage Mutant Ninja Turtle’ craze of the 90’s. These scrappy reptiles have been known to eat birds!

Where can I see it: Camden pond, Hampstead Heath, various canals 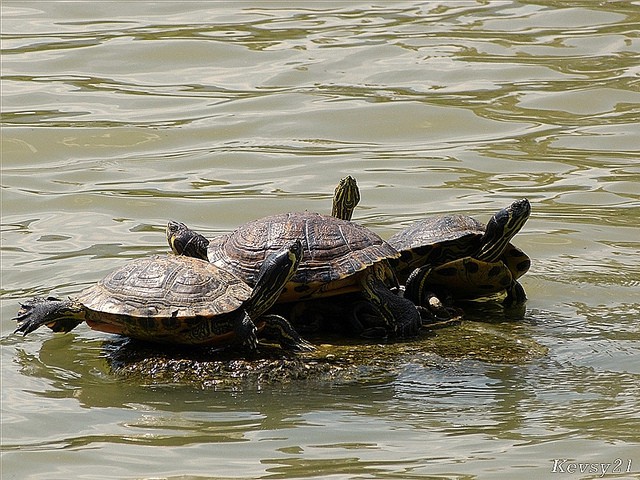 Noisy and squawking flocks of parakeets have taken over parts of south east England in recent years. With bright green feathers and red beaks, the birds look nothing like the fat pigeons we see strutting down pavements. Nobody really knows how the parakeets came to breed in the UK wild, but it seems as though the exotic birds are here to stay.

Where can I see it: Borehamwood, Twickenham, Kew Gardens 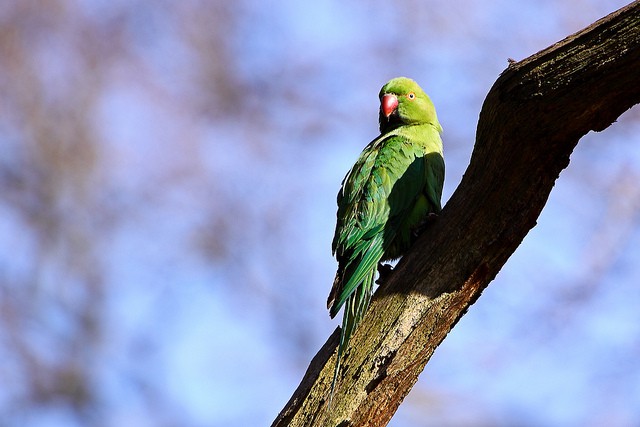 Photo by Airwolfhound on Flick

The mysterious big cat of South London has been dubbed the ‘Crystal Palace Puma’, but actually nobody knows what it is. A few terrified residents saw a huge, black cat in 2009 while walking through woodland and one man even says it chased him. This puzzle is yet to be solved!

Where can I see it: Crystal Palace, South London 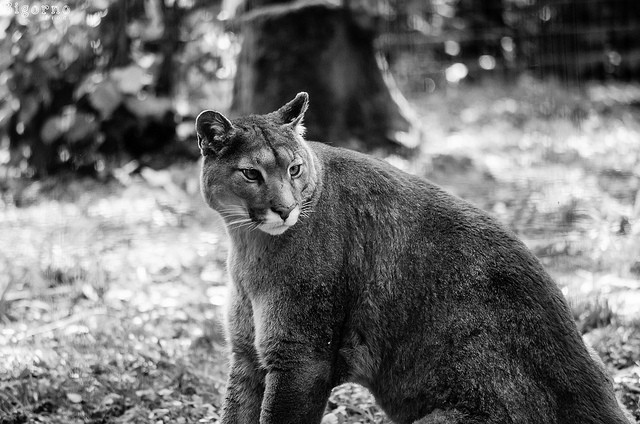 Note: Not the actual puma… Photo by Anne Landois-Favret on Flickr

Ok, these aren’t wild but the pink flamingos are still an unusual addition to London’s inhabitants! Kensington Roof Gardens is home to resident flamingos who spend their day splashing around a stream filled with fish. You’ll also find some less-rare pintail ducks here. 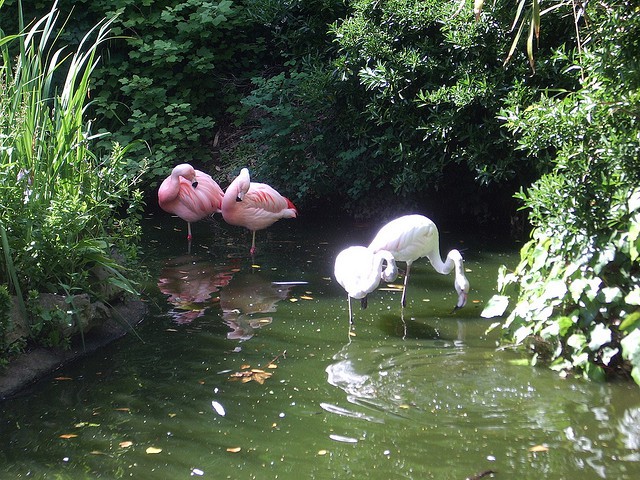 Next time you visit London, take a closer look! You never know what you might see! For guaranteed animal sightings in a natural environment, you could always pay a visit to Whipsnade Zoo in leafy Bedfordshire.

Have you seen any interesting wildlife during your travels around London?