Five Incredible London Sunsets You Have To See

London in the light is undeniably beautiful, but it’s when the sun goes down that the magic happens. London sunsets bathe the city in an incredible glow and the mixture of historic and contemporary architecture blend together in unison under the fading light. Here are five stunning shots of sunsets in London, taken from various perspectives across the city. Maybe you’ll be inspired to snap a few pictures next time you visit London – you won’t regret taking a few minutes at the end of the day to take in the city’s gorgeous skyline.

1. Tower Bridge and The Shard from the River Thames 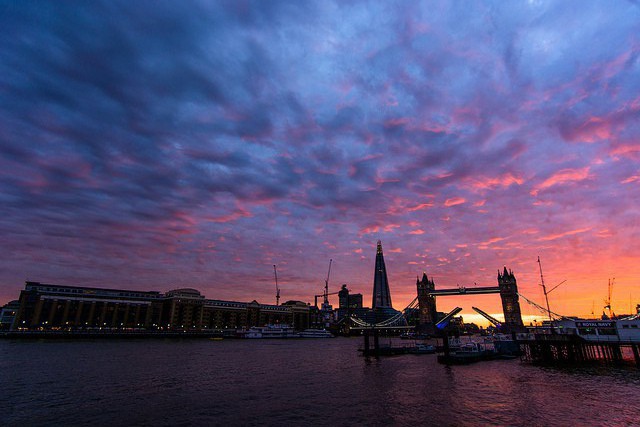 This fabulous photo captures the Victorian Tower Bridge alongside London’s newest skyscraper, The Shard, from a River Thames perspective. The bridge’s bascules are being raised to let a boat through. 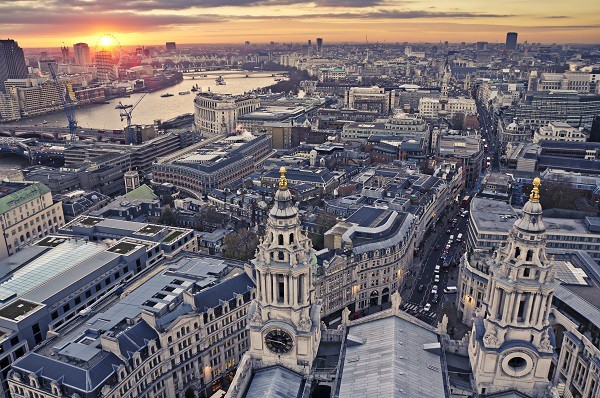 This wonderful view can be seen from the heights of the Golden Gallery at St. Paul’s Cathedral. You’ll have to climb 528 steps to reach the the Golden Gallery, but the bird’s eye view at the top will be worth it.

3. The City of London skyline 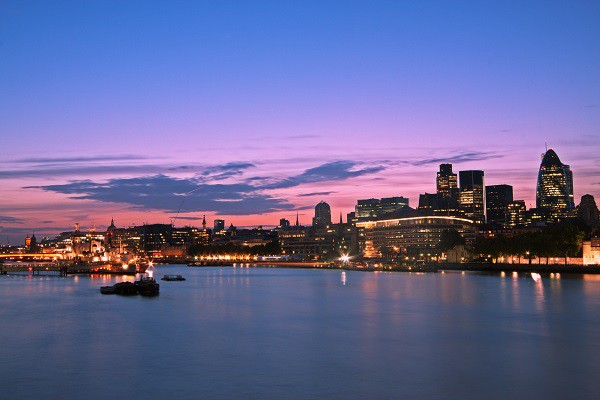 The City of London is part of London as a whole and is called the “City” as this was the part of London that originally lay within the ancient city walls. Today, it houses London’s dynamic finance centre and is filled with glossy skyscrapers and notable landmarks.

4. The London Eye and South Bank as seen from The View from The Shard 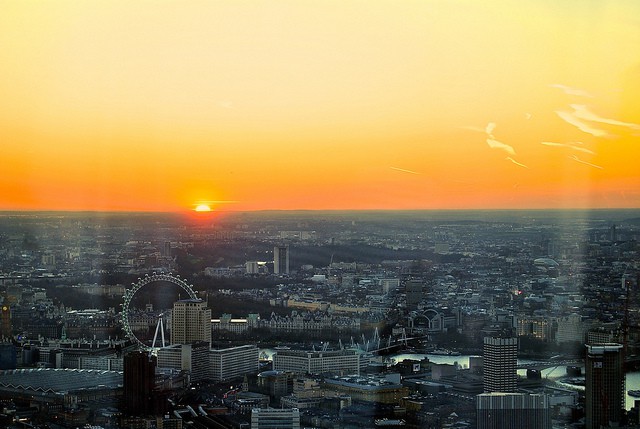 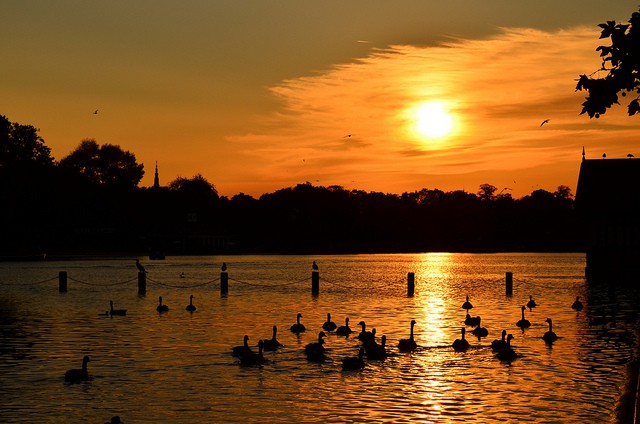 London has some glorious open spaces – this photo was taking at Serpentine Lake in Hyde Park. London parks are ideal places to spend lazy summer evenings and the lakes and gardens are especially idyllic.