Golden Tours are preferred partners of Warner Bros. Studio Tour London. This allows us to offer exclusive packages with return transportation, even when entry tickets aren’t available on the official website.

Get your hands on some of the most coveted tickets around and experience the truly incredible Warner Bros. Studio Tour London. Discover grandiose sets, all your favourite props and the immense craftsmanship and talent that went in to creating the iconic films.

Your foray into the Wizarding World begins where Harry’s did — the cupboard under the stairs. After an introductory video featuring some of your favourite characters, you’re welcomed into the Great Hall, where you’ll see the actual costumes and wigs worn by prominent members of the cast.

The Sets
From the Great Hall enter the Forbidden Forest through a gate flanked by masked Death Eaters, right into the lair of Aragog. Other iconic sets include Platform 9¾, with the Hogwarts Express providing the background for Harry Potter and the Philosopher’s Stone’s first ever shot and then, 10 years later, for the very last shot during Harry Potter and the Deathly Hallows Part 2. Possibly the most exciting part of the tour is Diagon Alley, home to the dusty Ollivanders Wand Shop, where there are more than 17,000 individually labelled wand boxes.

The Animatronics
Discover the terrifying Basilisk that lived within The Chamber of Secrets. Created with a mix of practical and visual effects, its full-sized mouth measured 30ft long with jaws 3ft deep. It could even slither up a track to get close to Harry. You’ll also see Buckbeak the Hippogriff, one of the books most loved creatures (after Hedwig, of course). Buckbeak had three incarnations — one standing, another rearing and a third lying down — and each of its feathers were individually glued on!

The Art Department
On your tour you’ll come across the incredible Hogwarts Castle model. A team of 86 artists and crewmembers built the first version of the castle, which was enhanced with digital effects to create the unforgettably realistic views of the school. With 2,500 fibre optic lights, which flicker to give the illusion of students walking through corridors, real gravel and plants, if you calculated all the man hours that went in to making the model, you’re talking 74 years!

Potion textbooks, acceptance letters, sweet wrappers, and the Daily Prophet were all hand designed and hand-made! All potion bottles were also all hand illustrated.

The Props
The sheer volume of original props in the Studios is impressive and it’s incredibly satisfying when you spot your favourite, whether it’s the Elder Wand or the Golden Snitch. See over 950 potion jars with unique props inside them in the Potions Classroom and 900 memory vials and labels in Professor Dumbledore’s office. Did you know over 130 plates were made to decorate the startingly pink office of everyone's least favourite teacher, Professor Umbridge. Filmmakers had to photograph and film real kittens with crystal balls, witch's hats and balls of wool. Sounds like a fun day in the office!

The Special Effects
It may come as a surprise to many fans to learn that their favourite special effects were actually real! The slithering door to the Chamber of Secrets is often mistaken for a visual effect but it’s a fully operational door, as is the incredibly intricate Gringotts bank door.

As you can imagine, green screen played a huge part in creating the Wizarding World of Harry Potter. Quidditch, for example, would have been a tricky one to film without green screen! Why not hop on to a broom yourself and try your hand at the magical game?

Make sure you re-fuel with a tasty butter beer, just like Harry, Ron and Hermione would have done in the Leaky Cauldron.

Ever wondered how your favourite creatures were brought to life on screen? This summer, you’ll have the opportunity to find out in the Mandrakes and Magical Creatures feature.

Enter the Great Hall to the Frog Choir scene from Harry Potter and the Prisoner of Azkaban and see Professor Flitwick’s conductor costume. Discover magical creatures such as Cornish Pixies, Dumbledore’s Fawkes and the animatronic Monster Book of Monsters.

As part of this special feature, Professor Sprout’s Greenhouse will open its doors permanently in the Studio Tour. Enter the greenhouse to see where students were taught Herbology lessons — watch out for the Venomous Tentacula hanging from the ceilings! See many exotic and magical plants and get the chance to pull out a potted Mandrake as part of the interactive display.

The times displayed in the booking panel are the times that the branded bus departs from your chosen central London location.

This package includes return transport from Central London, meaning you don’t have to worry about how to get there. Our luxury vehicles have free Wi-Fi and comfortable seating giving you a stress-free journey all the way to the Warner Bros. Studio entrance and back again. You can watch one of the official movies on your seat-back screen whilst you travel in style. So sit back and relax, whilst we transport you to the Harry Potter world of magic and the wizarding world. Please click here for full bus timings.

Directions from Victoria Station to Bus Stop 1 Bulleid Way: Exit Victoria Station via the Buckingham Palace Road Entrance, to the right of the Gatwick Express platforms. Turn left and walk down Buckingham Palace Road until you reach the first main junction. When it’s safe to do so, cross the road at the traffic lights and turn left. Walk around 20 yards, before turning right into Bulleid Way. Your branded bus will NOT depart from Victoria Coach Station. what3words location: eager.play.forks

For the full schedule of check-in, departures and arrival times, please click here 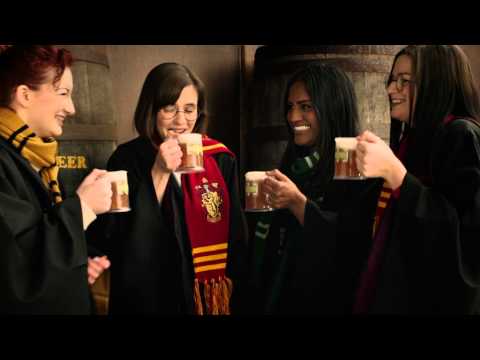