Departure from London Euston Station
You should plan to arrive at Euston Station for 6:30am. Use the code provided to you to retrieve your tickets from a ticket machine. Your train will depart at 7:07am and arrive at Liverpool Lime Street Station at 9:21am.

Liverpool
We recommend you make your way to Albert Dock (a 15-minute walk from the station), where you’ll find the Beatles Story Exhibition and where the Magical Mystery Bus will depart from.

The Beatles Story
One of the best highlights of this fascinating tour is a trip to The Beatles Story at Albert Dock. This exhibition takes you on a journey through time from the Beatles’ beginnings to their worldwide domination. You’ll get a special insight into their childhood days, solo careers, how they met and exciting secrets.

Beatles Magical Mystery Coach Tour
Your Liverpool afternoon is spent onboard a Beatles Magical Mystery tour, which will be conveniently booked for you. Departing from The Beatles Story exhibition and finishing two hours later at the Cavern Club, the tour is given on a vintage 1960’s coach, identical to the vehicle used in the 1967 film Magical Mystery Tour! (Vehicle subject to change). You’ll be kept entertained along the way by a professional Beatles Guides and some Fab Four tunes. The bus will visit over 30 classic sites, including the Fab Four’s former homes, schools and birthplaces, and get up close to places that inspired some of their most memorable songs – Penny Lane and Strawberry Field. The tour finishes at the world-famous Cavern Club, where you can enjoy live music every afternoon from the Cavern’s resident musicians and collect your exclusive souvenir.

Return Journey
As your Beatles-filled day comes to an end, head back to Liverpool Lime Street station, where your train will depart at 6.48pm, arriving back in London at 9.04pm.

Days of departure: Monday to Saturday

Departure Schedule: London - Liverpool
Check-in time: 6:30am
Departure from Euston Station: 7:07am (7:03am on Saturdays)
Arrival at Liverpool Station: 9:20am 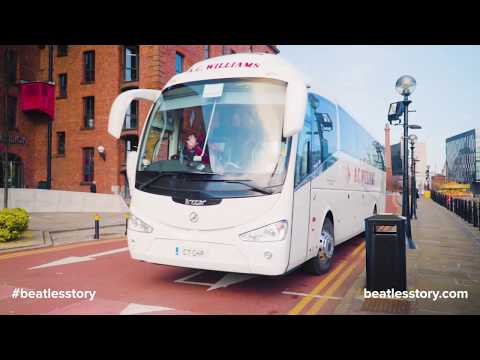