Enjoy a leisurely, majestic stroll through the capital visiting several spectacular sites the British Royals are known for.

In this two-hour walking tour, discover the magnificent St James’ Palace which was commissioned by the notorious Henry VIII and now the London residence of Princesses Anne, Beatrice and Alexandra. You’ll of course also visit Buckingham Palace and watch the Changing of the Guard ceremony (when available).

Your expert guide will showcase the famous shops, clubs and churches with a royal history including the Queen’s favourite off-licence and the lucky barber who used to cut Prince Philip’s hair. Did you know that The Queen Mother and Sir Winston Church both bought their cigarettes and cigars from the same tobacconists? This tour features a host of unusual facts and is the perfect way to introduce yourself to the Royal Family.

Other highlights include learning about the history of cream teas at the iconic Fortnum and Mason, seeing the Horse Guards and integral parts of the Crown Estate and visiting Jermyn Street to find out more about Royal Warrants.

Embark on a royal adventure as you visit the Queen’s official London residence, Buckingham Palace. With a multimedia guide included in your visit, venture through the lavish State Rooms and see incredible masterpieces in the Royal Collection from renowned artists such as Rembrandt, Rubens and Canaletto. You’ll also explore the exuberant Throne Room, the exquisite Ballroom and the picturesque 42-acre garden.

This summer, The State Rooms will display a series of official portraits by Dorothy Wilding taken shortly after The Queen’s Accession to the throne in 1952. These portraits later inspired The Queen’s image on postage stamps and in British embassies across the world until 1971. The exhibition will also feature The Girls of Great Britain and Ireland Tiara – a gift to Princess Victoria Mary of Teck, on her marriage to the future King George V in 1893. 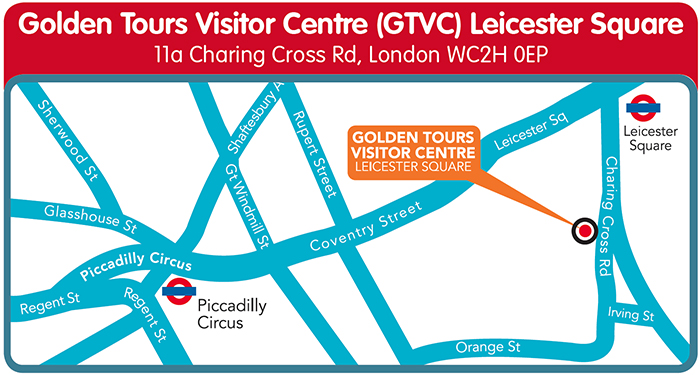