Windsor Castle
Start your British Adventure in the Queen’s favourite royal residence — Windsor Castle. As the oldest and largest occupied castle in the world, Windsor Castle has been home to the British monarchy for over 900 years.

Venture into the opulent State Apartments to discover a statue of Queen Victoria, the Waterloo Chamber, the King’s Rooms, Queen’s Rooms and world-famous masterpieces by the likes of Leonardo da Vinci and Rembrandt. You’ll also get to explore St George’s Chapel — the setting for many royal weddings including that of Prince Harry and Meghan Markle’s.

If you’re visiting on a Thursday or Saturday, listen out for the triumphant tunes of troops in red uniforms and bearskin caps at the Changing of the Guard ceremony.

Stonehenge
The great and ancient stone circle of Stonehenge is one of the wonders of the world. Visit the Neolithic stones that have stood on the Salisbury Plains for around 5,000 years and discover the fascinating theories surrounding this prehistoric monument. Attempt to piece together how, who and why they came to rest there — it promises to be an unforgettable experience.

Bath
A UNESCO World Heritage Site, Bath is a stunning Georgian city with exceptional architecture. It’s home to the world-famous Roman Baths, one of the best historic attractions in the country. Although you can no longer take a dip in these waters, you can soak in the glorious views of the hot springs and the gorgeous area that surrounds them. Why not sip Bath’s waters in the Pump Room and give your verdict on the taste?

If there’s time to spare, wander the cobbled streets of the idyllic city, making sure to visit Bath Abbey, the Royal Crescent and the spectacular Pulteney Bridge. You may also want to pop into the Jane Austen centre for a spot of regency afternoon tea.

Estimated arrival time back is approximately 8.00pm to Gloucester Road.

Download the free ‘Stonehenge Audio Tour’ in advance (English only) from the App store.

Windsor Castle is closed on Tuesdays and Wednesdays. A guided walking tour will operate instead. 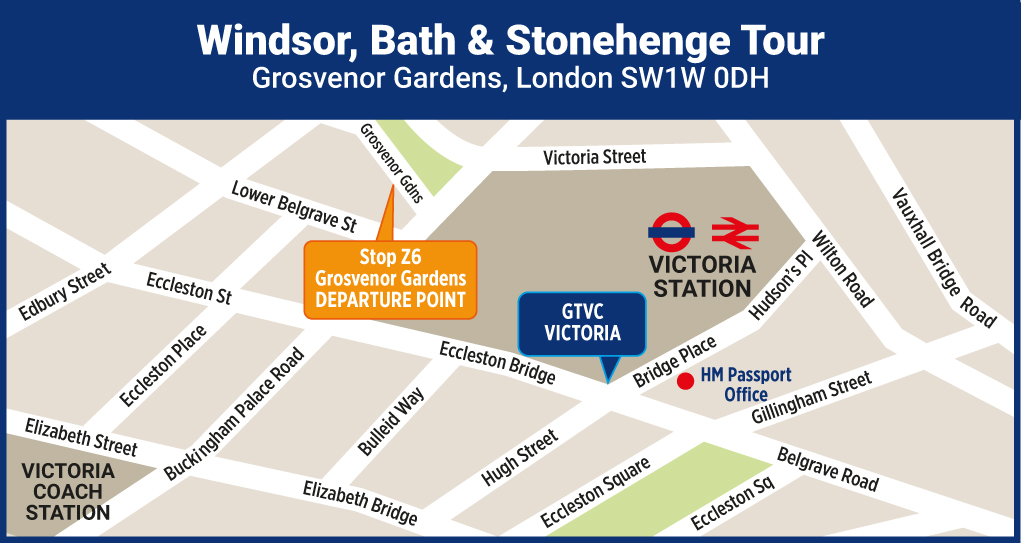 *Return Point: Due to legal working hour’s restrictions for our drivers, this tour will finish within a 2 or 3 minute walk of Gloucester Road Underground Station. This station is in Zone 1 and is three stops Eastbound on the Circle Line or the District Line to Victoria. The Piccadilly Line also runs through Gloucester Road and is only 5 stops to Piccadilly Circus.

When the State Apartments are closed the Precincts, Drawings Gallery will remain open. 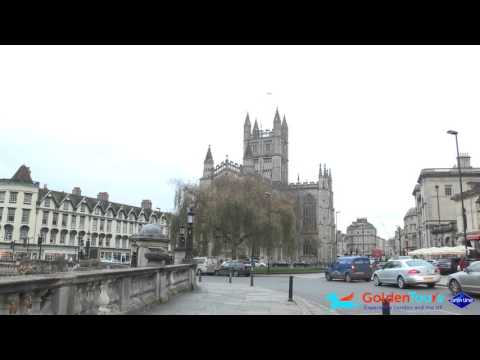